Can You Increase Payload Rating?

Once the power and towing bragging rights are out of the way, trucks are built to haul stuff, and payload rating is the value most often quoted to represent that. But where did that rating come from, and can you do anything to change it?

There’s no doubt you’ve seen comparisons of payload ratings, but they should have many footnotes because there is no detailed industry standard, and ratings change so fast that few are up to date. Truck makers typically define maximum payload as the gross vehicle weight rating (GVWR) minus the truck’s curb weight — and in the case of GM, they use “base option curb weight” to calculate — and payload is composed of passengers and cargo.

From the outset there’s a gray area, as GM and Ram Truck consider all passengers to weigh 150 pounds at each seating position. That seems a bit optimistic to us. Even the FAA is considering raising its 170-pounds-per-person specification of recent years because of potential overloading of small aircraft and the ever-increasing weight of Americans. Transport Canada has proposed 200 pounds for men and 165 pounds for women. Even if we use the 150-pound specification, a half-ton four-wheel-drive pickup with five passengers could easily be left with an effective cargo capacity of just 350 to 750 pounds.

It’s important to note that the payload figures in brochures and on manufacturer websites highlight “best-case” scenarios. The specific truck in question will be fitted with the minimum equipment needed to attain that given rating. Optional parts usually add weight, though there are exceptions, like changing from steel wheels to alloy wheels, an aluminum-block engine rather than iron, smaller mirrors, or deleting the bumper or spare tire. Anything else you add — a hitch, winch, or megawatt stereo — will subtract from your payload rating.

The only way to boost the payload rating is to take weight off the truck: removing the rear seat or bumper, using lighter wheels and/or tires that meet gross axle weight rating requirements, and so on.

Although payload determination may vary by manufacturer, the GVWR and GAWR (gross axle weight rating) on the certification label are standardized and absolute. Only the manufacturer — or an upfitter that started with an incomplete vehicle — can set the GVWR. There’s no wiggle room or fudge factor here; the rating exists because above it, things can and will break. And if you overload the vehicle, a break may also break your wallet because the warranty won’t cover it. Finally, be aware that regulations often treat recreational and commercial use differently.

As a result, you can’t increase your payload, but you can do things to make your truck more comfortable operating at or very near GVWR. Thicker, additional or re-arched spring leafs or wound coils; auxiliary airbags or a complete air suspension swap; and added or thicker anti-roll bars can help control weight better.

Cummins and Ram have been partnered since 1989, when the first 6BT-powered pickup rolled into showrooms, impressing truck drivers with the platform’s simplicity, power, and durability. 30  years later, that relationship is still going strong, with the latest 2019 engine being the newest iteration of  6.7-liter with some major changes.

Debuting in 2007, the 6.7 has carried the torch of its predecessors, putting trusted reliability and output as its main strengths. Where the engine trips up is not on the intake or fueling side of things, but rather the exhaust. 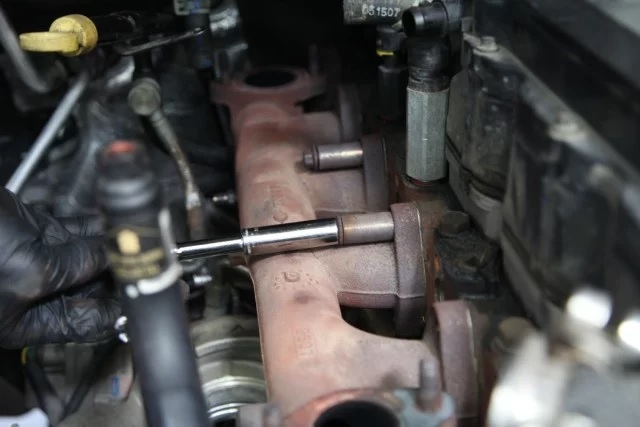 Over time, the 6.7-liter Cummins exhaust manifold can shrink from excessive heat. From that, it can lead to cracking and lost efficiency in the exhaust system. A good solution is get an aftermarket manifold, like the BD 1045965 Exhaust Manifold

The manifold gasket can be an issue. That’s because the manifolds shrink from excessive heat, even on stock trucks. We’ve seen manifolds where they’ve shrunken by at over a quarter of an inch. When this happens, the mounting bolts of the manifolds break.

This could have something to do with towing and how much a truck does of it, but outside of that, the manifolds simply can’t take the heat. The aftermarket options out there are an improvement. The good manifolds have webbing in between the ports, which helps keep the structural integrity from being compromised.

Cummins has made some major changes to the new 2019 6.7L, including a new CGI block material, a new cast iron head, new VGT turbo, and other design changes. However, only time will tell if the exhaust manifold issues has been addressed.

So in the meantime, Gillett Diesel Service, strongly recommends that you considering upgrading the exhaust manifold on your 2007-2018 Cummins 6.7.

Model year 2017 marked some major changes for the Duramax fuel system. Finally, they forewent the status quo that had been hovering over this engine since 2001 with the only major change occurring in the 2011 model years with the LML engine. The fuel system featured on the L5P could best be described as a 100% complete overhaul. Without going into a complete analysis, lets give you some of the highlights at least. Number one, a fuel pump from the factory. That's right, the main cause for fuel starvation, especially on modified Duramax engines, has been addressed with the addition of a factory lift pump. And we'd say its about time, as every single other manufacturer realized this years ago. Next, you won't be seeing any Bosch insignia on your fuel system. 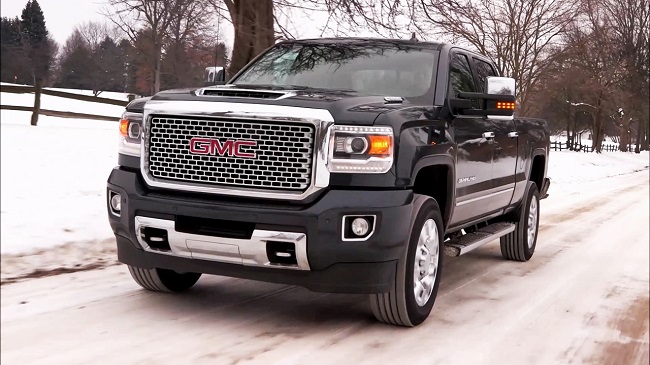 Again, since 2001, they've been in bed with Bosch to deliver the high pressure fuel via common rail (and later piezo) injectors and a high pressure CP3 or CP4 injection pump. Well, GM and Bosch apparently had a divorce and Denso came knocking. The Bosch CP4 found on the LML engines has been replaced by a Denso HP4 that should eliminate the countless failures of the CP4. Why? Many would attribute the failures to the roller tappet design that would self destruct at the presence of any air where the HP4 uses a much more robust solid lifter design that is also a substantially simpler design. As previously stated, Denso is also supplying the injectors with a solenoid type that replaces the Bosch piezo units found in the 2011-2016 model years. This move wasn't necessarily due to a high failure rate of the piezo injectors, more so because the solenoid type work more cohesively with the HP4 and the rest of the fuel system. Again, these are merely the highlights of the move from Bosch to Denso with basically every other facet of the injection system changing in some degree, as well. Now, the question at hand, what's to be improved from this system? Well, time will tell as far as the true weaknesses, but for those looking to produce power levels above stock, there is definitely room for improvement. While a lift pump has indeed been integrated from the factory, its output is sub par and will need an upgrade to allow for fuel delivery to match most of the programmers on the market. The HP4 is absolutely more robust than a CP4 in terms of durability, but again, not capable of delivering sustained rail pressure for maximum power potential. How far will fuel upgrades take you and your L5P Duramax to meet your power goals?

As always, if you are having any issues determining the right parts for you and your truck, do not hesitate to give us a call at 801-517-7780 or send an e-mail to info@gillettdiesel.com and we would be happy to assist.

How to Recognize and Diagnose a Damaged Turbo - Septmeber 2018

Vehicle manufacturers are adding turbos at an extraordinary rate, and over the coming years, the turbo market is expected to grow to more than eight million turbocharged vehicles. As this number of turbocharged vehicles increases, more technicians and vehicle owners will see vehicles with turbocharger issues. Unfortunately, there's already confusion in diagnosing turbo problems. Here's a comment from one of our customers

"How can I visual check a turbo to help know when a new turbo is needed."

To help technicians and vehicle owners diagnose turbocharger repairs, here are a few important diagnostic and repair tips to keep in mind. As a note upfront, most turbocharger diagnoses (aside from noise and low power issues) require scan data and an understanding of operation at the technician-level.

What Causes a Turbocharger to Malfunction

Symptoms of a malfunctioning turbocharger include loss of power, excess smoke, high fuel consumption, overheating, high exhaust temperature, and oil leaks from the turbo. But it’s important to note that defects in other components can produce the same symptoms. Before wrongly attributing the issues to the turbo, remember that turbo performance can only be impaired by mechanical damage or blockage caused by debris.

Signs of a Damaged Turbocharger

If you hear whistling noises coming from the turbo, it’s likely due to an air leakage caused by pre-turbine exhaust gas or air leaks. To narrow the diagnoses first check all of the joints. If the noise continues, check the turbocharger clearances and wheels for housing contact.

If the turbocharger rotor assembly has seized up or is difficult to rotate, the problem is likely tied to the break down of the lubricating oil. When the oil degrades, it can lead to carbon buildup in the bearing housing. The carbon buildup will restrict rotation. Two other issues that can cause the rotor to seize up include insufficient or intermittent drop-in oil pressure and dirt in the lubricating oil. Another important detail to keep in mind is that a turbocharger has specific axial and radial rotor clearances. Sometimes, the clearances can be misdiagnosed as worn bearings. In reality, clearances that are out of specification may be associated with a lubricating oil issue. Check for insufficient oil, dirt, and oil contamination with coolant.

Once you’ve diagnosed your turbo and determined that you need a replacement unit, remember that Gillett Diesel Service offers both 100% new and quality remanufactured turbochargers.

Browse our extensive inventory of turbos and turbo part

We are Diesel - Hell Yah!